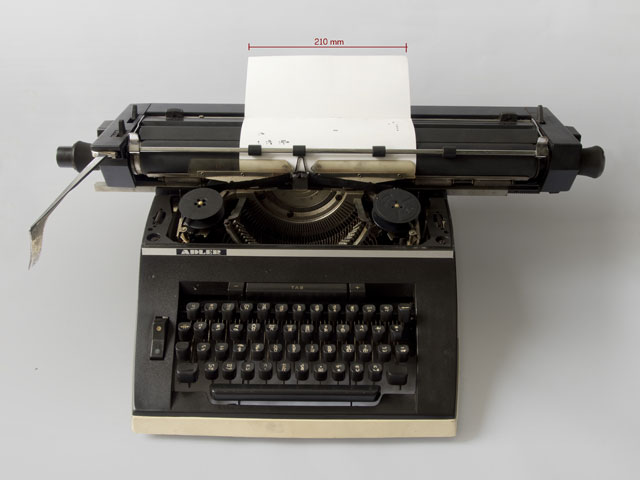 Here I would like to present my ដាក់ទីឡូ or អង្គុលីលេខខ្មែរ 1, a Cambodian-Keyboard Typewriter, which I bought in a BeautySalon in Phnom Penh from an old man who had stored it on the roof. 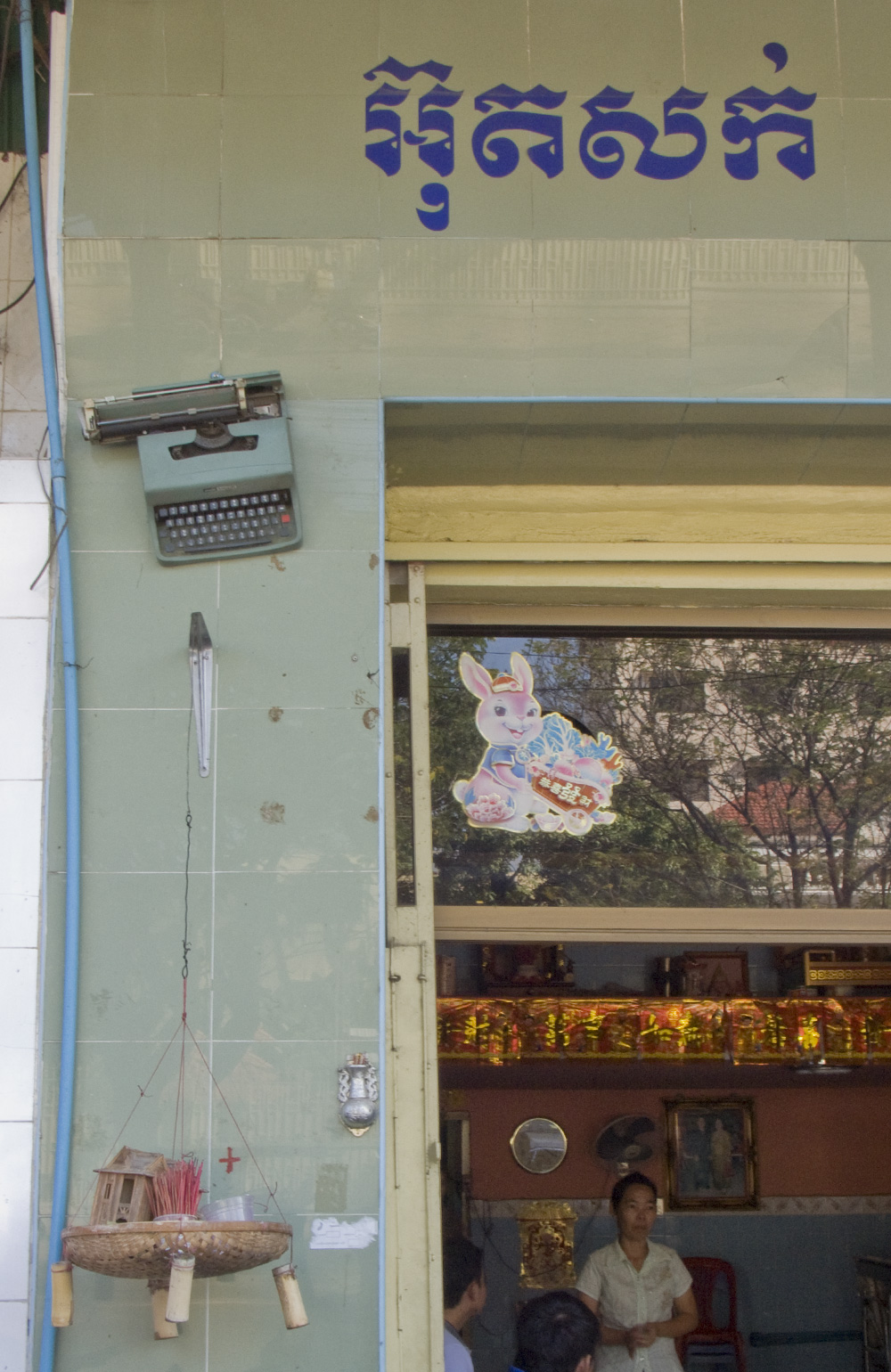 The idea to look for this item came to me when I encountered a book by Derek Tonkin, Modern Cambodian Writing. It says: “The first Cambodian-keyboard typewriters appeared in 1955. Only two models have been produced commercially, by Remington (U.S.A.) and Adler (Western Germany).”2  The Adler machine was designed by Mr. Keng Vansak, Dean of the Faculty of Letters at Phnom Penh.
When I sent an email to the Company (today Triumph-Adler), they replied that they do not know anything about a Khmer Typewriter produced by Adler (it seems that, not only in Cambodia, doing some simple research is a challenge). After asking around several people here in Phnom Penh I finally got the tip from my very respected old Khmer teacher at the Institute of Foreign Languages Mr. Soeung Phos, Deputy Director of the IFL. He told me: “Maybe three years ago I saw one in a shop near the German Embassy.” I went there asking around and it still was there, much bigger than a typical Roman Typewriter (I put a normal A4 paper) and definitely much heavier (around 18 Kilogram).

The Keyboard layout for 120+ elements of Cambodian script and essential punctuation marks was a very difficult task because of the limitation to 46 keys and 96 positions of the standard typewriter.3 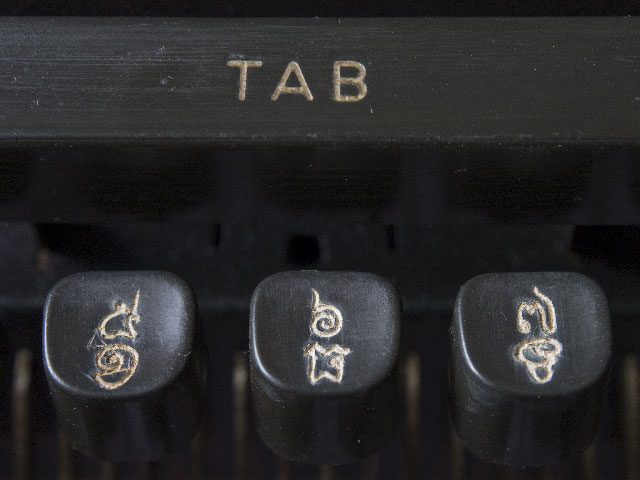 The letters on the keys seem to be engraved by hand, sure not an easy task to do at this size (one key has the height of 12 mm). The roman “TAB”  sure was available as stamping die mold. 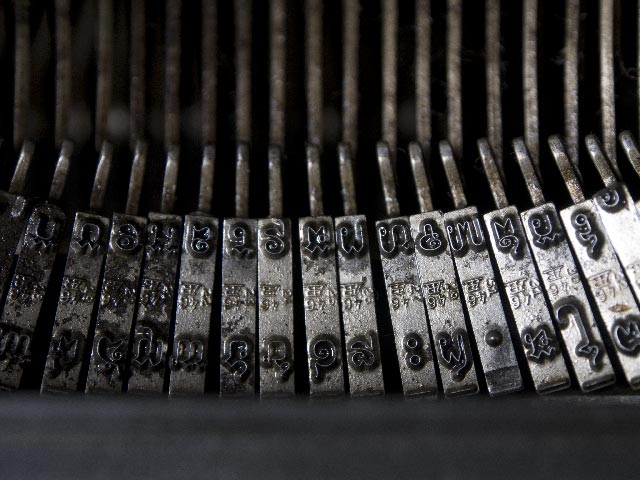 What I like most are the beautiful letters on the Typebars.

The result on my machine with an old, half-dry inktape is not very balanced but definitely unique. Here is my name as an example. 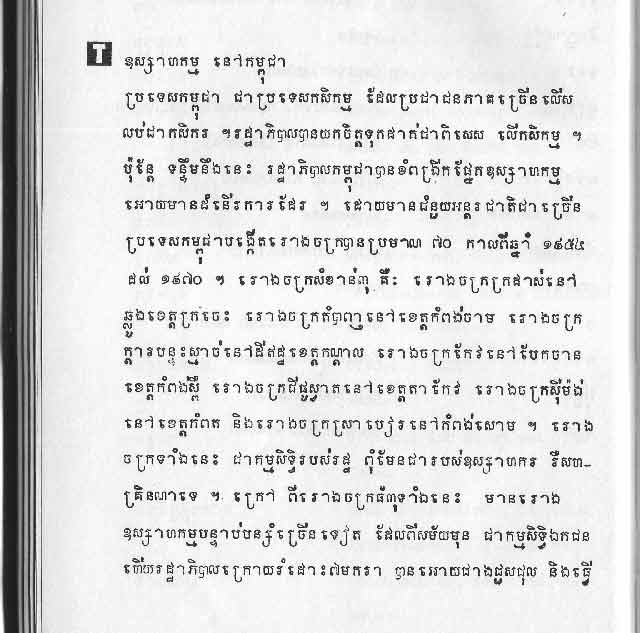 appearance of the typeface

This is an example how a page with fresh tape looks like.4

5 thoughts on “My Khmer Typewriter”

This site uses Akismet to reduce spam. Learn how your comment data is processed.