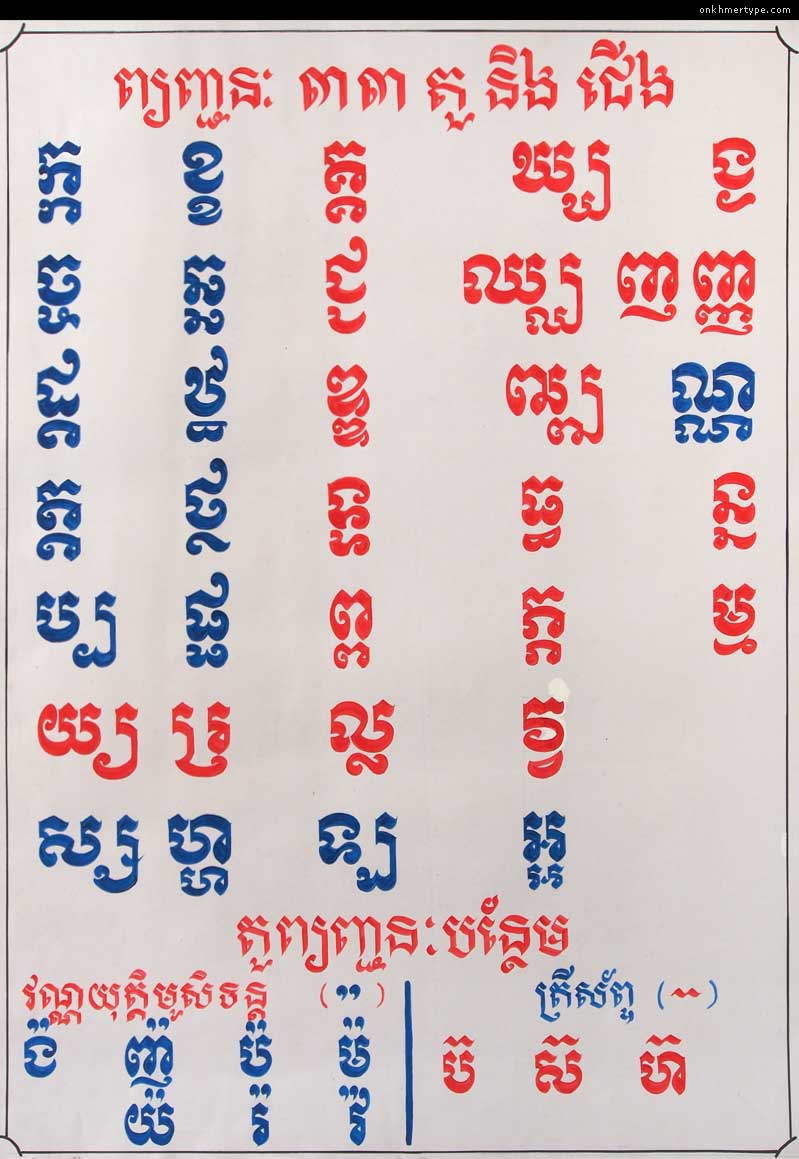 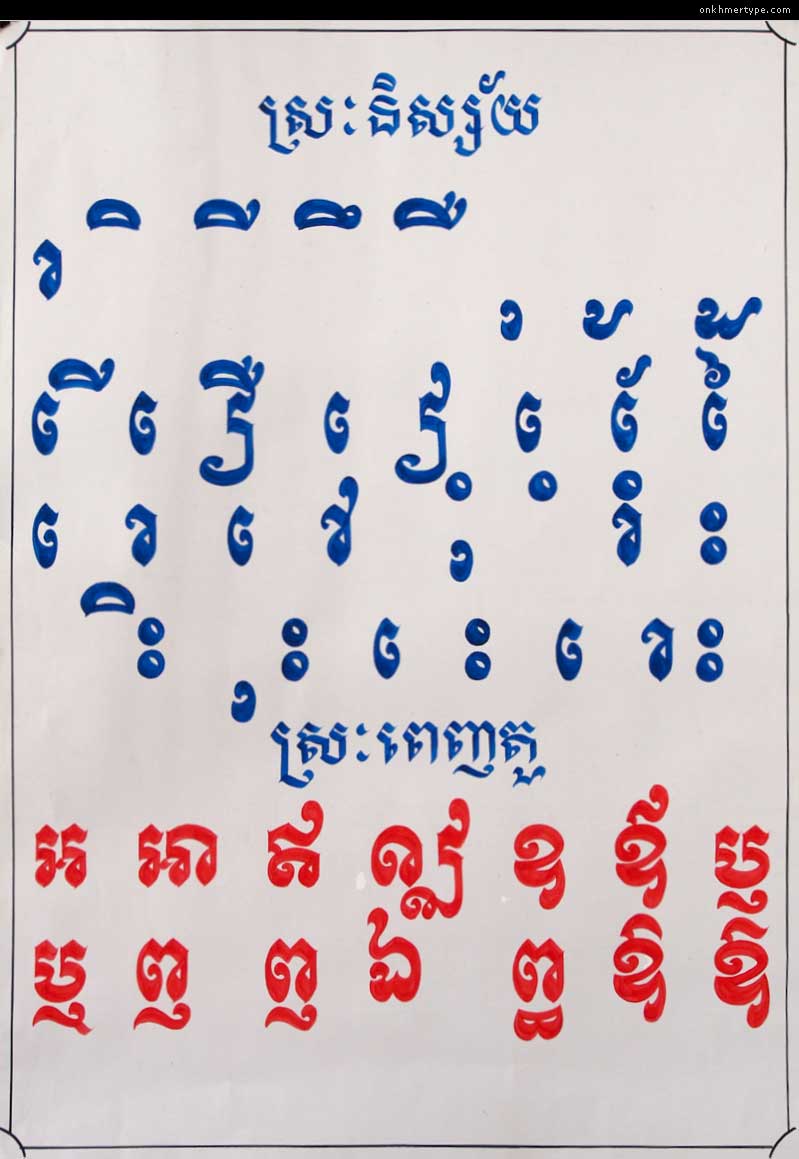 Here is a Set of Khmer letters drawn by Mr. Moeun Chhay. He is living in Battambang. Mr. Som Sangva Sak, an expert on Battambang Heritage, introduced me to him as one of the painters which were doing the pictures and lettering in Battambang Pagodas.

I thought, it would be nice to have a hand-drawn set of Khmer letters made by him. The interesting thing for me is the visible brush stroke which reveals the order he was drawing the single strokes of the letter. 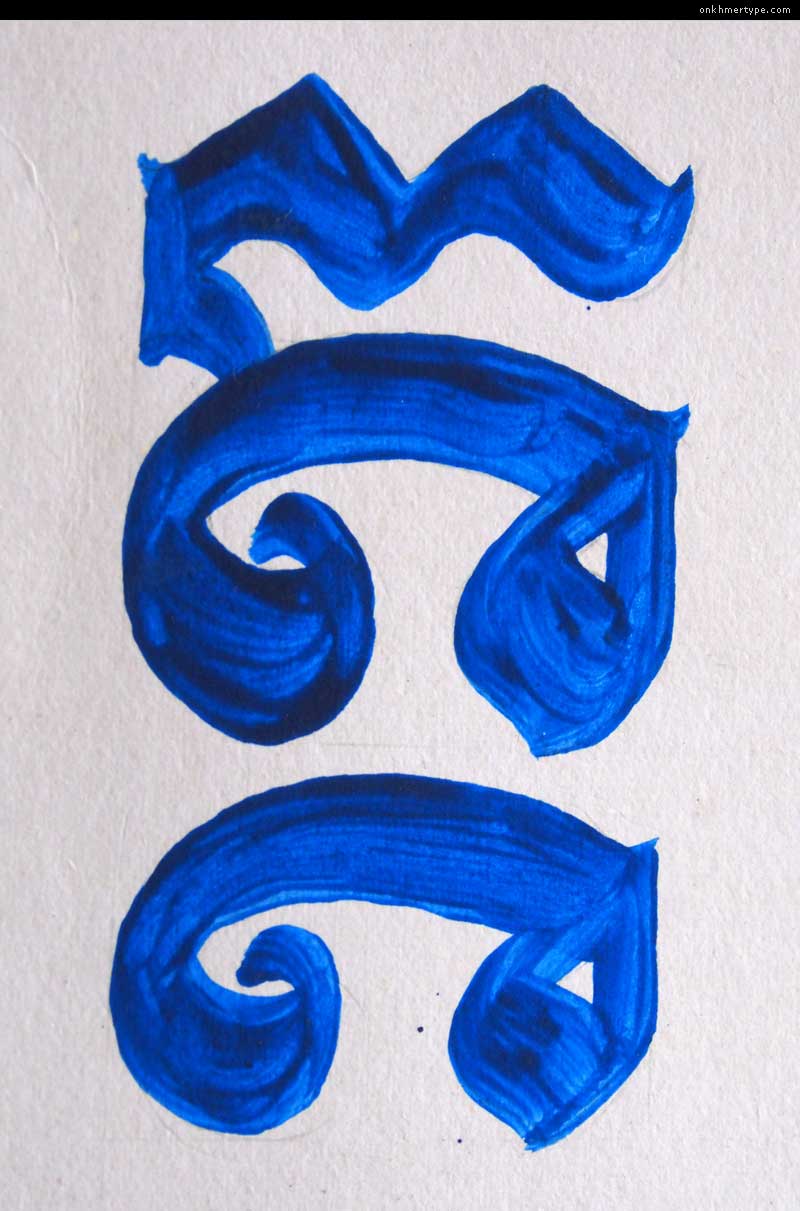 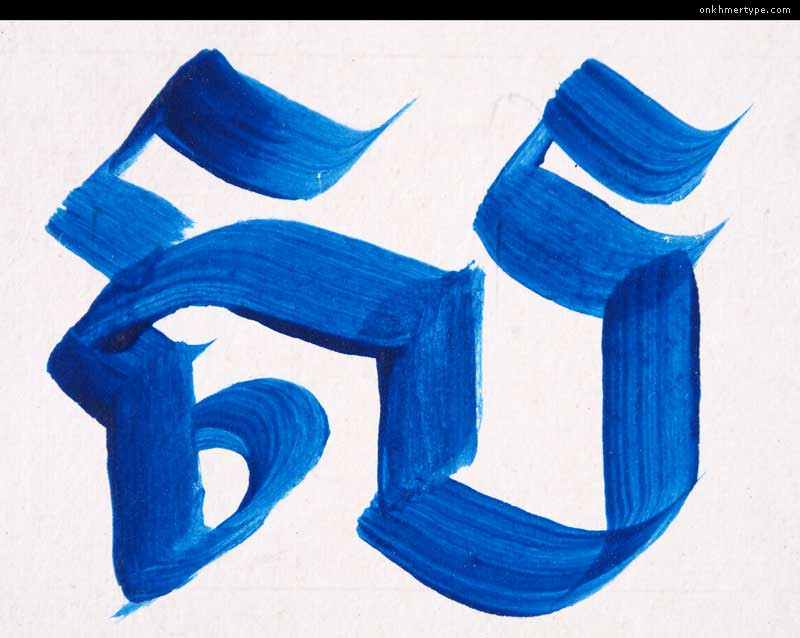 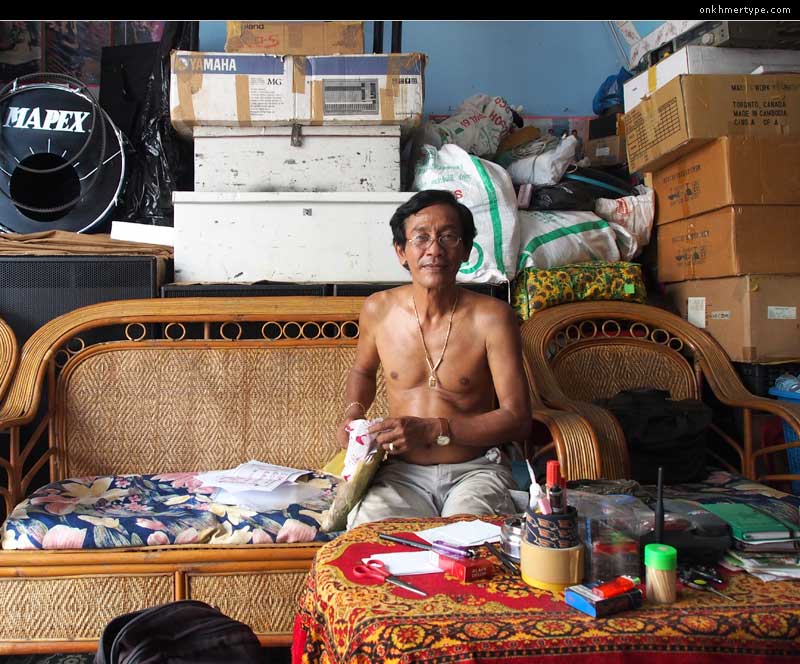 1 thought on “Set of Khmer Letters”

This site uses Akismet to reduce spam. Learn how your comment data is processed.